Using PR to put your cause in the spotlight Practically overnight, Shannon Watts went from stay-at-home mom to founder of the largest gun violence prevention organization in the United States. As her story goes, she was folding laundry in her home and watched the Sandy Hook Elementary School crisis unfold on TV. Angry and sad, she started a Facebook group dedicated to “action against gun violence.”

Her small following quickly grew and soon thereafter she organized the Million Moms March to end gun violence in Washington, D.C. Eventually, she took her growing group of mom activists and formally created the organization Moms Demand Action for Gun Sense in America. The organization has chapters in all 50 states, hundreds of thousands of volunteers, and nearly six million supporters, which exceeds the membership of the National Rifle Association. Shannon – and the organization – are kind of a big deal.

Sign up to get our monthly communications tips and inspiring interviews with purpose-driven leaders.

Since 2012, Moms Demand Action has had major success at the ballot box, at state legislatures, and with corporate America. Recently, Moms Demand Action celebrated as President Joe Biden announced executive actions to eliminate the market for ghost guns and address city gun violence and gun trafficking, measures the organization has long advocated for. Watts says the organization has been so effective because mothers make great activists. She also adds that her career in public relations prior to becoming a stay-at-home mom has been helpful, too. Ah HA!

Shannon Watts is certainly a remarkable woman – she has created an incredibly influential organization from the ground, or shall we say grassroots, up. She and her army of moms block the halls of Congress with strollers, they do amazing work to promote gun safety, and they get noticed for it. Shannon rightfully gives the credit to her fellow moms for their dedication and hard work toward this admirable mission. However, as fellow public relations experts, we know her secret sauce. There are many organizations with a similar mission to end gun violence, why is Moms Demand Action so successful? We’ll tell you. In addition to her army of passionate mothers, Shannon knows PR.

As we’ve said before, PR serves the infinitely valuable purpose of increasing visibility, building your credibility as a subject matter expert, bringing attention to your cause, and growing your influence. How did Shannon go from being a mother of five folding laundry in her living room to the leader of Moms Demand Action? She knows the value of PR and she has prioritized it from the start. In her prior life, Watts had a 15-year career as a communications executive for Fortune 100 companies and PR agencies before becoming a stay-at-home mom in 2008.

Beating out the naysayers

Shannon openly admits that she had very limited knowledge of gun policy when she created her Facebook group. In an interview with NBC News’ Ginny Brzezinski, Shannon shares, “I can’t tell you the amount of times in the early days when people would call me or reach out to me and tell me, ‘Oh, you’re not the person to do this’ or ‘This already exists’ or ‘You can’t do it well; there’s no way this will ever work.” She continues, “I was cold calling people for advice, and I decided to ignore [the advice from those who] said I shouldn’t do it because my gut told me I should and [instead] just listen to all the other advice about how to do it, not whether I should.”

The odds were stacked against Shannon, as they can be for so many organizations fighting for causes that matter. Often there are larger or more established organizations fighting for the same cause and donor money. Or perhaps the problem you’re working to solve is relatively unknown and requires effort towards educating the public. Maybe you, like Shannon, have brilliant ideas and passion for a cause, but you are an unknown voice in your area of expertise.

How do you get people to take notice? How do you prevail when all the cards are stacked against you? How do you get your voice, your cause, and your organization into the spotlight? Shannon clearly wasn’t a known figure in the gun control lobby world, and she was even told that other organizations were already doing the work, so she shouldn’t bother. So how did she put Moms Demand Action at the forefront of the cause? She made PR a priority in her marketing and communications efforts.

PR stunts for the win

How do we know Shannon used PR to grow Moms Demand Action? Quite simply, we look at the news that she created.

PR is much more than putting out a press release saying “Moms Demand Action is Now a Real Organization.” Shannon is a master at creating media opportunities. If she had stuck solely to her limited Facebook group and discussion forum, the media wouldn’t have taken notice, and her following would have remained small. But right off the bat, Shannon said she was creating a “Million Mom March” in Washington to end gun violence. Now there is an event that piques everyone’s interest. Can you imagine a million moms marching? The visual aspect of this event is both enticing and irresistible to a news network. As a TV network producer, how could you not show up to film the Million Mom March? And herein lies Shannon’s genius and a window into her PR acumen. From the very start, she had and held the media’s ear. With the media as the wind in her sails, she was able to take Moms Demand Action to the highest heights. Not only did Shannon use the media to her advantage as she launched Moms Demand Action, but she also continues to create media opportunities to help the organization quite literally stand apart from the crowd.

A major component of Moms Demand Action is its lobbying efforts at both the national and local levels. Just about every special interest group under the sun has a lobbying effort, and further, lobbying for gun safety isn’t unique to Moms Demand Action. But again, Shannon knows PR and creates media opportunities to bring awareness and attention to her cause. Whereas most lobbying groups send in a few suits to negotiate with legislators, Moms Demand Action sends in armies of moms in their signature red shirts and with their strollers, to literally block the halls of Congress. Again, this is an incredibly powerful and enticing visual for the media to cover, and as a result, has turned ho-hum lobbying efforts into events that garner national media attention. Further, the image of moms with strollers provides a direct connection with the organization’s constituents and serves as a rallying cry for other moms to join the cause. If one mom can take on Congress with a stroller, so can we all!

You don’t need a stroller to get noticed

Any organization can – and should – follow Shannon’s lead and utilize this strategy. Always be looking for ways to turn your daily efforts into something remarkable that could become a news story and give others an opportunity to support your cause. Remember, as Shannon demonstrated, there are two ways to lobby Congress. One involves sending in a team of lawyers in suits, the other involves the powerful visual of angry moms and their strollers.

Commit to making PR a priority. Commit to changing your mindset around your organization’s activities and actively look for ways to weave in media opportunities. Commit to consistently sharing your stories and expertise. Commit to connecting and engaging with your audiences. Commit to growing your impact by rallying more people around your work and your cause. As Shannon and Moms Demand Action demonstrate, with PR as your foundation the sky’s the limit.

Photo by Markus Spiske from Pexels 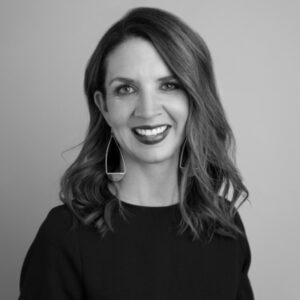 About the Author: Rhiannon Hendrickson

Rhiannon Hendrickson is the founder and CEO of Orapin Marketing + Public Relations, which helps purpose-driven organizations share their stories and become a leading voice for their cause. She has worked with organizations of all sizes across myriad industries to develop memorable and effective communications programs that generate awareness, engagement, and, ultimately, support for those that are making a meaningful impact.